How Russia and Ukraine crisis affecting the economic market

How Russia and Ukraine crisis affecting the economic market


Oil prices rose as the market remained jittery and volatility was high due to underlying geopolitical concerns between Russia and Ukraine.

West Texas Intermediate crude oil reached $90 per barrel for the first time since 2014. As early as this week, It seems Russia can take serious military action further or attempt to provoke a conflict within Ukraine.

A Russian invasion of Ukraine might disrupt crude supply while also eliciting retaliatory measures from the US. Oil prices have climbed dramatically in recent weeks on expectations that demand will surpass supply as the global economy recovers from the pandemic.

As crude prices have been volatile in recent days as tensions in Ukraine have escalated, the fundamental market remains strong. Physical barrels priced off a key global benchmark are reaching new highs, while the margin between Brent crude's two nearest futures contracts has widened to $2 a barrel, indicating a positive trend.

Investors are on high alert for any potential supply shortages that may arise from a variety of factors, including destroyed infrastructure as a result of a war, sanctions against Russia, or Moscow seeking to militarize shipments.

Higher energy prices would make flying more expensive, as well as transportation and input costs for firms. Businesses would very certainly pass on some of these additional expenses to customers in the form of pricing increases. Other commodities, in addition to energy, may face price volatility. Russia is a large metals producer, particularly of aluminum and palladium. Russia is also the world's largest wheat exporter, whereas Ukraine exports both wheat and corn.

A long-term market slump would wipe out family wealth in the stock market and retirement plans. Consumer and business confidence may be harmed as a result of market volatility.

Although it is difficult to foresee the possibility of how the market will react to the tension and how quickly it will bounce back from the scenario.

A conflict between Russia and Ukraine might harm the US economy by raising inflation and increasing uncertainty. Although not as substantial as the impact on inflation, it is nonetheless significant given that the US economy has not yet regained all of the employment lost under Covid.

The Federal Reserve's upcoming interest rate hike will raise borrowing rates for consumers on everything from mortgages to car loans to credit cards. In recent weeks, mortgage rates have risen to pre-Covid levels, posing a fresh obstacle to would-be home purchasers.

Any market repercussions from possible military action would be focused on Russian and Ukrainian assets. Investors have reduced exposure to both nations' dollar bonds in recent months as tensions between Washington and its allies and Moscow have risen.

While Russia's overall stature in capital markets has decreased in recent years due to sanctions and geopolitical concerns, any possibility of spillover through those routes has been largely mitigated.

While the tension between these two large nations remains, it appears to be surrounded by a significant deal of turmoil. So, for the sake of a global economy, gas prices, and inflation, we should hope for the best and expect that the economy and market growth will be stabilized.

Get instant loans today in less than 5 minutes. 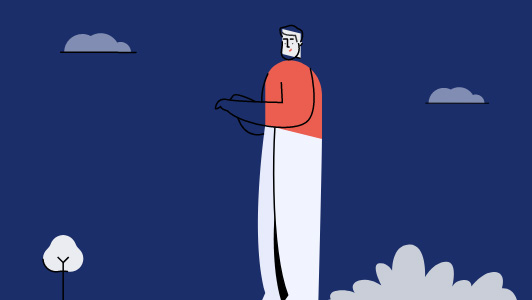 We strongly believe that being the best is being unique.